“Talkin’ to myself and feelin’ old.  Sometimes I’d like to quit.  Nothing ever seems to fit.  Hangin’ around.   Nothin’ to do but frown.  Rainy days and Mondays always get me down.”   Rainy Days and Mondays (1971)  Recorded by:  Carpenters.  Composed by:  Roger Nichols and Paul Williams.

Well, as I write this, it’s not Monday, but here it is a soggy day outside my window.  With sounds of the thunder, along with the pounding of drops on the roof and doors, I have warmed up to my computer with coffee mug in hand.

Frankly, growing up in Texas, I loved the storms with their flash floods and darkened skies, as long as I wasn’t standing in the way of one.  Call me odd, but that’s how I’ve always felt about rainy days.  Then I moved to Buffalo, NY for a five year stint.  Oh, my stars!  I never knew there were that many dark days, rainfall and snow in one year’s time.  Too much of a good thing?  Yep, it can get old and depressing.

As I was watching the sheets of rain shellacking the pavement and bending the branches, suddenly I recalled a reality TV show I saw not long ago.

My remote landed on a TV show about buying or building cabins, off the grid, in the Alaskan wilderness.  Have you seen it?  To be honest, I think I clicked on it knowing the scenery would be simply stunning.  Log cabins are very cool, as well.  For me, the idea of “roughing it” out in the Grizzly country of wonderful Alaska might sound fun…for a short period of time, like a day or so.  Maybe I’m too much of a hot-weather city boy at heart.

The episode at hand consisted of a young couple from suburbia United States.  They were probably in their late 20’s to early 30’s.  They had emptied out their savings, however much that could be by the time 30 comes around, and found a small clearing to build-on in the Alaskan forest.  It was forever from civilization.  As enchanting as the view was, there were realities to be considered.  About nine months of ice and snow with below zero temps.  No electricity.  No furnace, only a potbelly stove.  Dozens of cords of wood must be chopped and stacked before winter, all done by yourself.  No water piped in.  No plumbing.  No human neighbors.  No schools, stores, gas stations, clinics, cops, or fire departments.  No main road to drive out on.  Also, NO BEAR EXPERTS!  Just think, a haven for you and your honey.  No doubt, enlargements must be in future plans as children will be included somewhere down the pike.  Oh, and then there’s at least 67 days without sunlight each winter in many areas, but they will get over 80 days of sunlight around the clock in the summer.  That’s when eye masks come in handy when bedtime rolls around.  Without a doubt, their species of cabin fever distracted them from what lies ahead.  My cabin fever is of a different stripe.  Anyway, you get the picture.

A smattering of family, along with some very selfless friends, made the trip.  After a long rugged ride, on 4-wheelers and 4-wheel drive trucks on a “not-yet-muddy” dirt road, with hops and skips across country, about nine people tackled raising a log cabin.  After a few days of hard work, all done by hand, about 70% of the cabin had been completed when rain began to fall bringing the construction to a halt.  The poor suburbanite girl began to sob, in need of being held by her husband.  He wasn’t doing much better himself as they stood there in their wet cargo khakis.  The tears puddled quicker than the Alaskan rain, as she mentioned how awful it was to have the unexpected rain come while building their rustic cabin.

I know what you’re thinking.  “Alan, how terrible of you to make light of this unfortunate couple gliding on their off-grid hopes and dreams.”  I’m sorry.  You’re right.  However, as we all know, rain stops and construction continues.  And by production minute 23, it did.  The little cabin in the woods was completed.

Of course, it’s wrong to laugh at someone in an uncomfortable spot, but in the privacy of my living room, I did begin to chuckle.  Out loud, I remember saying, “Sweetheart, save your tears.  There’s so much more strife on the way.”  My guilt is being shared with you right now as I type.  Try not to judge me too harshly.  Besides, I’m sure they were paid mounds for being on the show.  (Even though there is a lack of banks for deposit in the outback of the great Alaskan wilderness.)  Okay, I’ll stop.

Obviously, the humor underlines a certainty.  Frankly, this couple didn’t seem like the rough-it type at all.  Their choice will bring hardships, many of them unexpected, which most of us could only imagine.  A bit of rain is the least of the turmoil and trials ahead of them.  With consideration of the emotions televised when christened by sprinkles, I will project there will be lots of tears to come.  If I were the dad or father-in-law, I would lobby them to reconsider with intensity.  Not everyone is ready for such an existence.

(On a personal note:  Ironically, it has taken two days to get to this next paragraph.  The storm outside brought down a transformer on our street, causing everyone on our block to be without power for almost six hours, and I’m so far from Alaska.)

As the underbelly of reality TV would have it, the viewing audience caught them in a feeble moment, thanks to the producers who felt the need to expose this brittle meltdown segment.  It’s a good thing TV cameras don’t follow me around during an average day.  Do you feel like that?  There but for the grace of God go I.  Right?  Right! 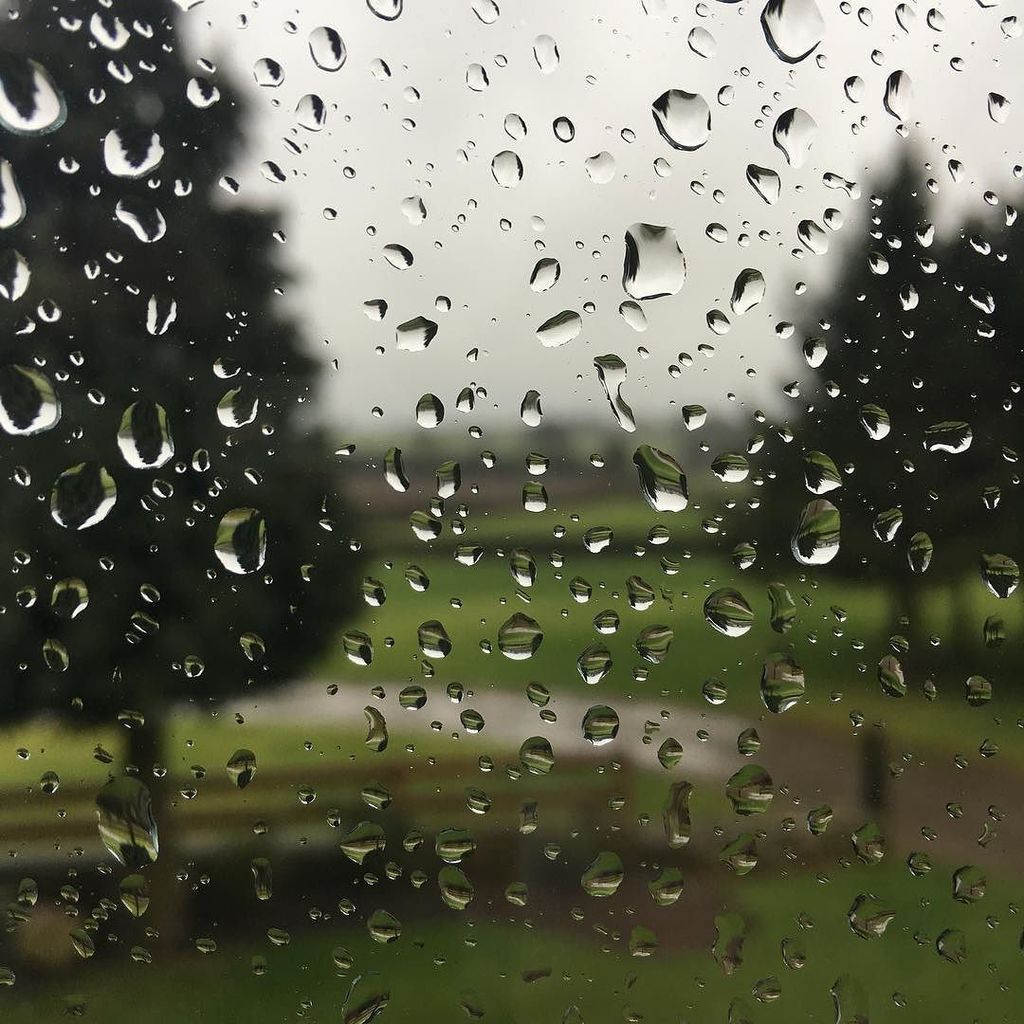 Well, the wind and rain is starting to slack off on the window behind my desk, not to mention my mug needs refilling.  I’m sure a large tree branch will break off and demolish the roof above me any minute now.

It’s good to be reminded how God’s economy works.  Being holier-than-thou always ends bitterly, no matter who you are.  When the One who calms the sea directs its rage to the coastline, ALL ships will find trouble in its path.  Rainy days and Mondays hit each of us, wherever we live and whatever we personally believe.  Ask any missionary.  It’s vital today to mention the truth of this.  With so many teaching that trials and troubles allude a person of faith, simply because there’s a trust in God, is a lie.  Open a Bible and point to any page, you will find this to be a fact.  Knowing and resting on what Jesus said about the inevitability of cares, troubles and turbulence in life, but relaxing through it, understanding He has overcome the world and its crap, is a source of tremendous peace.

One thing is for sure.  Rain will never get in the tank of fuel for the race.

“…for He causes His sun to rise on the evil and the good, and sends rain on the righteous and the unrighteous.”  – Jesus  From Matthew 5:45b (NAS)