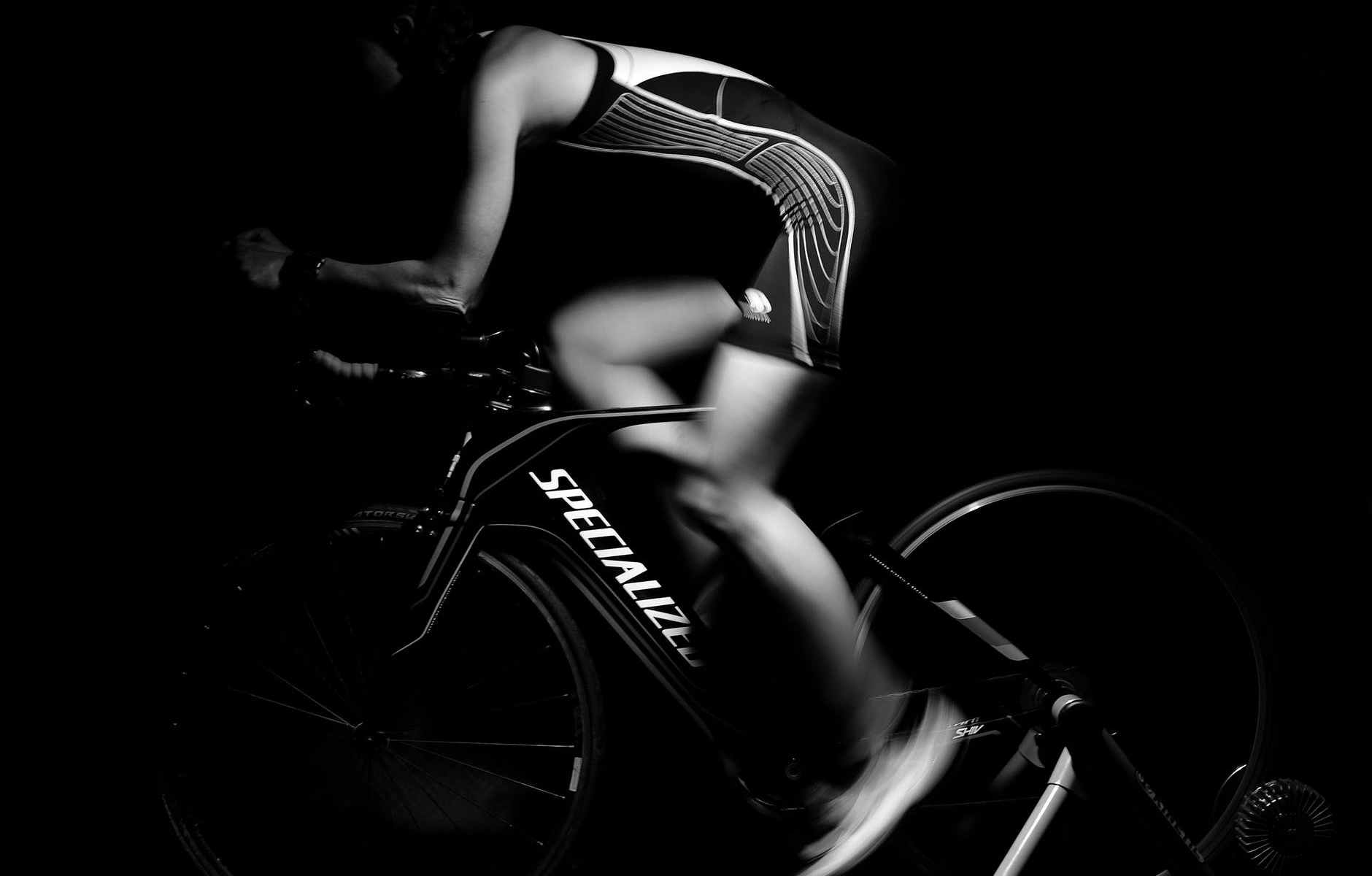 “We come together on this special day
Sung our message loud and clear
Looking back, we’ve touched on sorrowful days
Future disappears
You will find peace of mind
If you look way down in your heart and soul
Don’t hesitate ’cause the world seems cold
Stay young at heart, ’cause you’re never, never, never old
That’s the way of the world…”
(1975)  “That’s The Way of The World”  Recorded by: Earth, Wind, & Fire  Composers:  Charles Stepney, Verdine White, M. (Maurice) White.

It was hot that afternoon in May of this year.  My wife and I were busy doing yard work under an abusive Texas sun.  At the time I was using our manual push-lawnmower, when from behind me I heard my name, “Alan”.  I turned around and there, on our side lawn, was a dear old friend from our high school days.  (For the purpose of this blog we will call him, Terry, because that’s his name.)  With a slight jump, I turned quickly to see who was speaking.  About the time I recognized him he said, “You two look like you’re working harder than I am.”  We laughed because we knew that wasn’t so.

There Terry was, straddling his 10-speed bike, decked out in his spandex, gloves and helmet.  Because we stay connected, we knew he was a cyclist, mad for the road.  A good example of his biking adventures, for a lunchtime ride, he recently ate up a little over 18 miles in one hour and five minutes.  That’s saying a lot for the average amateur cyclist, but Terry is my age…60 years old!  Put that in your tank.  We had a good 10 minute chat and off he went like a oiled-up speed demon on Mountain Dew.

During our visit, we found out he streaks right by our house on his trek.  Often, I catch this blur of color wiz passed the front window in a fraction of a second.  “There’s the Terry-streak,” I always shout out.

Terry and I spoke briefly once about how our street has a slight downhill tilt going from east to west.  It didn’t surprise me when he acknowledged the fact.  I am most certainly sure Terry can tell you where each pothole is, the inclines of each road, and the expected traffic of every city street he tackles.  After so many runs, you get to where you memorize these things.  (In healthier days, I was a runner.  You get to intimately know your pavement.) 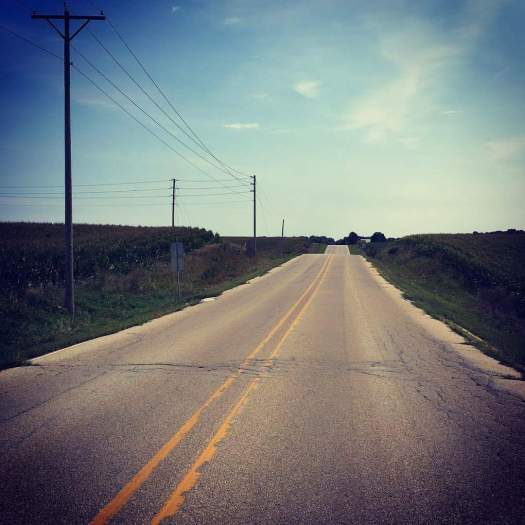 Whatever road we find ourselves on can be filled with obstacles, dips, and uneven pavement.  Frankly, it can be an accident waiting to happen.  Terry admitted to experiencing a couple of mishaps.  (He is on notice with his wife.)  It seems to me we tend to focus on the tough, jagged miles ahead of us more than the road we have conquered behind us.  Who is to say which view is best at the end of our race in this life?

July 4th is a big deal for the Unites States.  We usually celebrate it with gusto each year as we commemorate the day we declared our freedom from England’s king and his government.  This year’s celebration has been a bit dampened by the pandemic and recent damaging social unrest in our streets.  Oh, we’ve faced hardships and struggles before, although this struggle, and the combination thereof, is somewhat of a different blend.  America is pedaling up a long incline at the moment.  It’s been a hard few months.  It feels like the Statue of Liberty should have a tear rolling down her cheek.  (That is, if Lady Liberty still stands by the time you read this.)  And if all American flags haven’t been burned by the time you read this, you might find they don’t seem to wave as proudly as the year before. 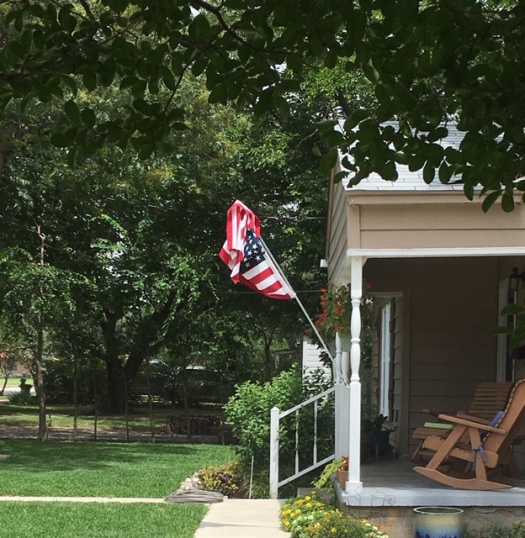 We know from past experience, when we learn from history, there will be times of uneven roadways stretched out before us.  We have seen where potholes arise from nowhere.  We have witnessed a nation can run head-on into mobs of traffic going the opposite direction.  Downhill coasting will come along in a nation’s history, as well as an uphill climb.  It’s all a matter of the cycle of the way of the world.  This world, not the next. 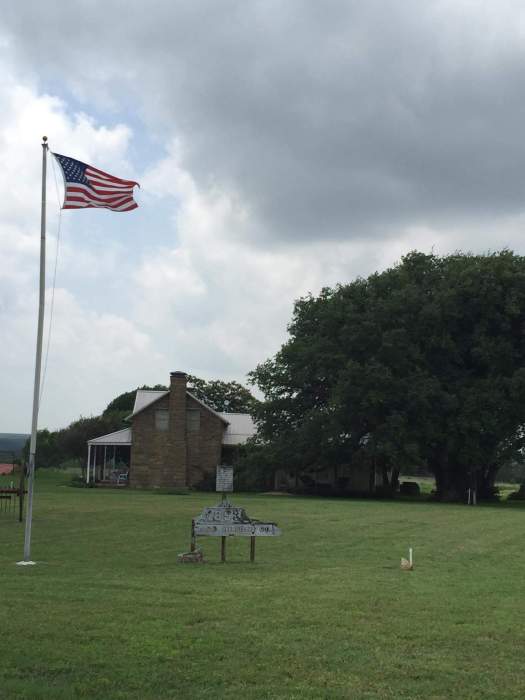 As for me, long may she wave through the harsh winds, uphill battles, cloudbursts, and unexpected rocky surfaces.  Through the breeze there is a Divine whisper which says all things are possible with fuel for the race.

“…We hold these truths to be self-evident, that all men are created equal, that they are endowed by their Creator with certain unalienable Rights, that among these are Life, Liberty and the pursuit of Happiness.–That to secure these rights, Governments are instituted among Men, deriving their just powers from the consent of the governed…”   –  Declaration of Independence 1776.  Penned by Thomas Jefferson.

19 Replies to “Pedaling Through”