In some post, not that long ago, or far away, I stated something about how dogs teach us so much.  They may not have a pointer (lol), or a marker (lol) board, but they teach nonetheless.

Recently, I posted about a young family next door who are moving away.  Steven and Amy are expecting twins, which means four little ones as a total, with only a small two bedroom house.  Yet, they do have three little-bits in the backyard, as well.  I affectionately nicknamed their very territorial duo Chihuahuas, Yipper & Yapper.  (It’s actually, Molly & Pippin.)  The third four-legged pal is a sweet, beautiful dingo.  Her name is Freya, and she believes her main job in life is to try to hush the other two.  They are fun to watch.

I have a new respect for Pippin.  Here’s the scoop.  In the turmoil and business of the family throwing things away, loading trucks, and cleaning the place, the canine trio have shown signs of nervousness.  With all the dust flying in the air from the upheaval, the dogs have been like bacon-on-skillet.  Freya, who doesn’t seem to be as bothered by the activity, tends to bark at the other high-strung Chihuahuas in efforts to calm their nerves.  (That’s my story and I’m sticking to it.)  While the turnstile rotates back and forth from the old house, to the newly purchased house, the dogs are often left alone.  No doubt they are puzzled, rattled, and bewildered as to why, what, and where.  Transitions are never easy.

Getting to know them over the last 3 years, I’ve noticed Molly, the female Chihuahua, is more of a fighter, in lieu of a flyer.  Pippin is the flyer.  When their uneven gate has been jiggled to a position where the aligning posts don’t mesh very well, leaving about a 4 inch gap, Pippin takes the opportunity.  Yep, three times in two days, Pippin has pushed the gate as hard as he can to gain more wiggle room in order to squeeze through the misaligned fence and gate posts.  When he does, it’s off like a racehorse.  Just as they are pulling out of the drive with the moving truck, they’ll see the little escape artist in the rear-view mirror.  When that occurs, it’s all hands on deck to nab him.

Over the Thanksgiving weekend, Freya, the dingo, and Molly, the less adventurous Chihuahua, began a barking marathon in the early evening hours on Saturday.  Our dogs, Shorty and Sammie, exploded in stereo.  As we checked out the cause of the canine chorus, there stood Pippin at our front door.  His human parents had been gone for a couple of days, leaving the dogs extra food and water.  My wife carefully placed him over their fence, only to find him at our front door less than ten minutes later.  Looking in his eyes, coupled with his constant trembling, it was clear what was happening.  He was experiencing separation anxiety.  He was craving love and attention from his frequently missing family.  In fact, I surmise he was out to find them, which meant road hazards for the little squirt.  We sent a text to the couple letting them know what had happened, along with how we would dog-sit until they came home.  Our pal Shorty wasn’t pleased at first.

He had this look on his face, which spoke volumes.  The dialogue bubble would read, “Hey, what the heck?  Why is this little yapper in MY house?”  As for Sammie, our Schnauzer/Chihuahua mix, it was different.  Sammie seemed to ask if there would be enough food left in her bowl.  She checked on it just before she hid from all of the clamber.  She wanted no part of it.  Sammie is an old lady.  I don’t blame her.

After Shorty’s territorial greeting, he and Pippin began to play reindeer games around the house.  Of course, they know each other between the fence, but now there was nothing to keep them from being fellow pack members.  Although Shorty is a bit taller than Pippin, it didn’t stop the visitor from standing on his hind feet, placing his front paws on Shorty’s head, as a hard statement of dominance.  That thought bubble was so evident, “Okay, I’m the boss here!  YOU are NOT the boss of me!”  Immediately, the horseplay…or rather, the dog-play, ensued.

The overnight went okay.  Pippin was restless, even growled at times, but he liked getting under a blanket in a snuggle cave mode.  No doubt, if you can’t see unfamiliar surroundings, it must not be there.  Can you relate?

The following morning, all three dogs had some time in the backyard.  The two next door, Freya and Molly, watched, whined, and howled as if left out, like there was more going on at our place.  After awhile, Steven and Amy came home for another load of furniture.  Ecstatic to see him, Freya and Molly were jumping up and down, getting in Steven’s way as he walked toward the fence-line.  As soon as Pippin spotted his human dad, he raced to the fence, wagging his entire body, barking up a concerto.  After Steven held him in his arms, Pippin was all about squirming with excitement, licking every inch of Steven’s face that he could possibly reach.  Pippin never looked back.  He never stopped licking to say thanks.  It was as if we didn’t exist.  Frankly, in his noggin, we probably didn’t, at that heartwarming moment.  After all, we weren’t who he belonged to.

After Steven thanked us, I watched him walk away with our rough-n-tumble amigo, happy as a kid on Santa’s lap.  Clearly, Christmas came early for the little yapper.

Later, I thought to myself, wouldn’t it be wonderful for Pippin if Steven and Amy were with him all the time?  Wouldn’t it be magical, if his parents cuddled him every minute of every day?  Wouldn’t it be simply a miracle if Pippin felt the loving arms of his owner 24/7, feeling the surety that abandonment isn’t a word at all?  In fact, wouldn’t it be miraculous if Pippin could always hear a loving response from his adopted owner on any, and all, barking episodes?  If it were possible, wouldn’t it be terrific if Pippin had a tiny amount of faith in knowing his family would always come back?  If so, dog-life would be more tolerable.  Moreover, safety and security would never be in question, even while looking at the back of an increasingly vacant house.

Sometimes, I can be much like Pippin.  In fact, maybe lots of times.  I can identify.  How much do I squirm in life, for the silliest of reasons?  How often do I perceive, or imagine vacancy, with the first thought being, “It will never be full again?”  Too many times I howl at the proverbial moon in sadness, as if there is no relief on the way, or that times will never change.  Why do I forget about Christmas, the original?

“BEHOLD, THE VIRGIN SHALL BE WITH CHILD AND SHALL BEAR A SON, AND THEY SHALL CALL HIS NAME IMMANUEL (Emmanuel),” which translated means, “GOD WITH US.”  (Angelic messenger to Joseph, Mary’s betrothed.) – Matthew 1:23 (NAS)

Our commercialized Christmas won’t get anyone to the answers.  It’s only stuff.  A watered-down Christmas only gets us wet and cold.  It’s only seasonal foo-foo.  Celebrating winter only throws curved-snowballs at shopping frenzies.  It all is so unsteady, passing so quickly, leaving many in post holiday blues.

As a Jesus-follower, I revel in His arms daily.  (Only if I choose not to get distracted by the movements around me.)  My heart listens for His still small voice.  Sure, I see vacancy at times, but all the while deeply knowing, with certainty, with intentional expectations, I will see Him soon.  When I do, I rest in the promise that my obnoxious yapping, escaping techniques, and infractions, are all forgiven through grace alone.  I’m always welcomed home.  Now, THAT’S merry!

Dogs teach us so much about what is in the bowl of fuel for the race. 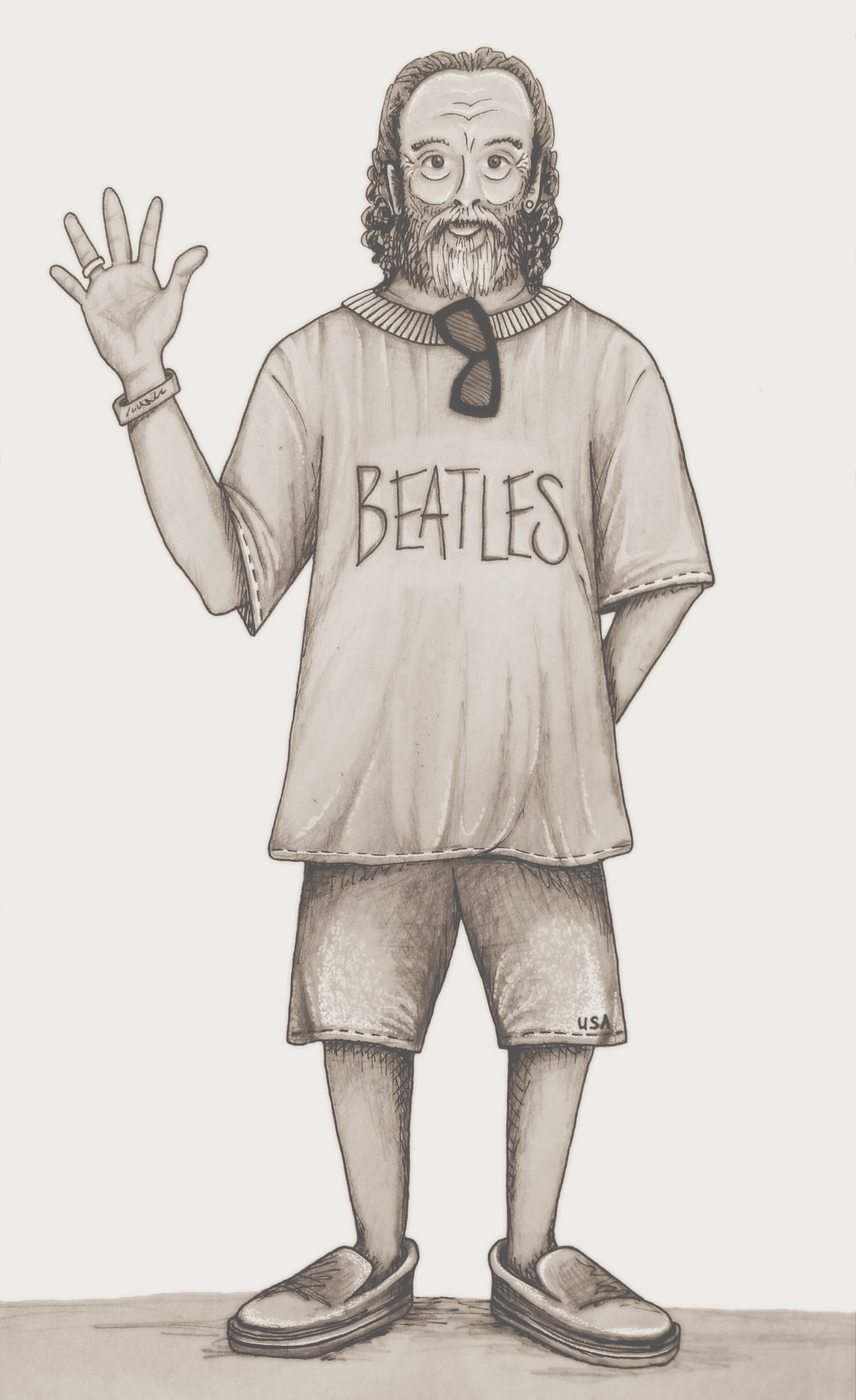